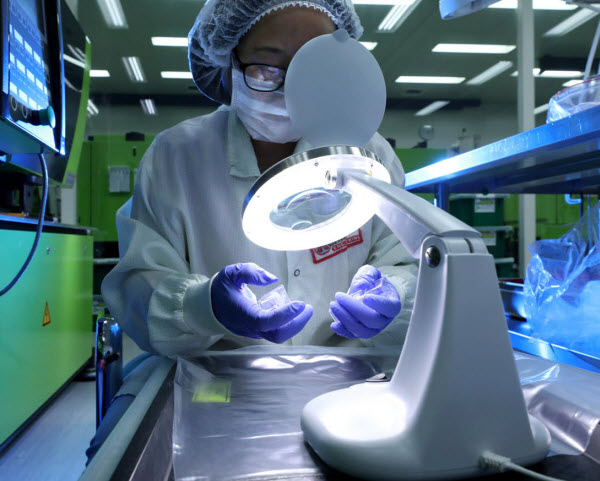 US-based company Infusion Innovation are no strangers to the medical device space, with innovation after innovation to their name. Their new idea? Solving a growing problem in the healthcare industry. They had an idea but needed a manufacturing partner with a similar level of experience and expertise – and more importantly they needed to find someone who wanted more than just a ‘manufacturing job’.

But it’s not like you can just put an ad up on Gumtree.

They’d worked with offshore partners before. They’d been burned considerably in China – communication, speed, efficiency and ultimately quality being just some of the issues.

A mutual friend in business suggested Romar, in Australia. He talked, they listened. They talked, he listened. He felt they were a great fit, despite the Australian location. 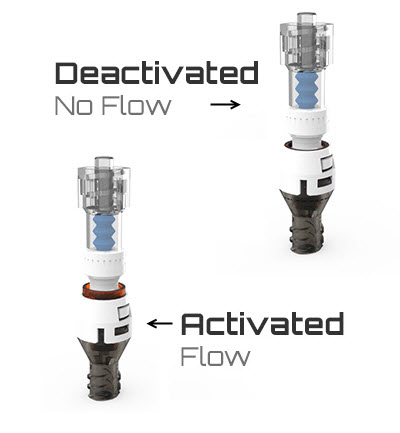 A device that reduces risk and saves lives

The story and the technology behind the device are incredible.

It’s all about minimising the risk of exposure to toxic chemicals.

In the current hospital environment, thousands of pharmacists, nurses, doctors and other caregivers may encounter a serious threat to their own health daily. Even though we understand how hazardous drugs like chemotherapy, antivirals and nuclear medicine are, there are estimates that eight million healthcare workers in the US continue to be exposed each year. The danger of exposure to these drugs can range from skin rashes, infertility and miscarriage, to birth defects and possibly leukemia or other cancers.

Studies have shown that traces of hazardous drugs have been found on floors and counters in hospital pharmacies, and on chairs and tabletops at the patient bedside. Traces have even been detected in the urine of workers who didn’t directly handle the drug.

‘In the US and Europe and parts of Asia they are mandating that anytime you administer hazardous drugs, the line must not have any leakage – not even a droplet is acceptable.’

And that’s where Infusion Innovation starts to shine. Their brilliant Q-Flo is completely a closed, no drip, valved connector, preventing drops and spillage and surface contamination on connecting and disconnecting the Q-Flo male Leur connector. It totally minimises the healthcare workers’ risk of exposure to toxic chemicals. 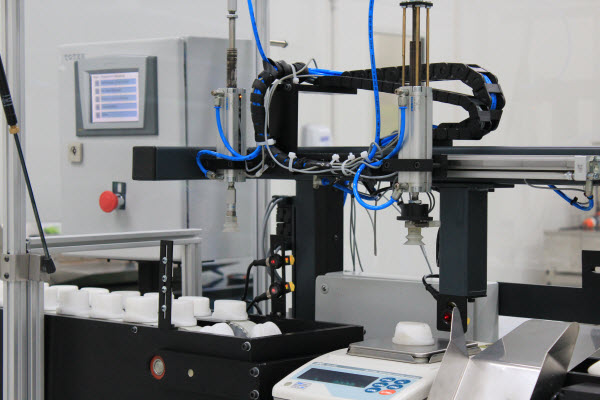 ‘We spent a number of years validating the technology – and our next viable step was to scale for manufacturing.

To do that, we needed to invest in building the tooling for large volume production. So we had two options. One was to raise venture capital funds. Not a good option for us.

The other was to secure a partnership with a manufacturing company that was willing to share the risks and enjoy the rewards downstream – become an equity partner.’

Anyone in the medical device space will tell you – producing medical devices is a tricky thing, and it all comes down to quality assurance. You need to be ISO compliant and US FDA compliant. There are many quality and regulatory burdens that are imposed on medical device manufacturers.

‘Romar had plenty of experience in this field, having produced medical devices for Cook Medical among others, which gave us confidence that they were the right people for the partnership. There are thousands of manufactures that could do injection moulding.  Thousands claim they can do it well, but unless they’ve really done it in the medical device space, it’s hard to be convinced. We ended up choosing Romar largely because they were qualified, had experience in medical devices and were receptive to the model we wanted to engage in.’ 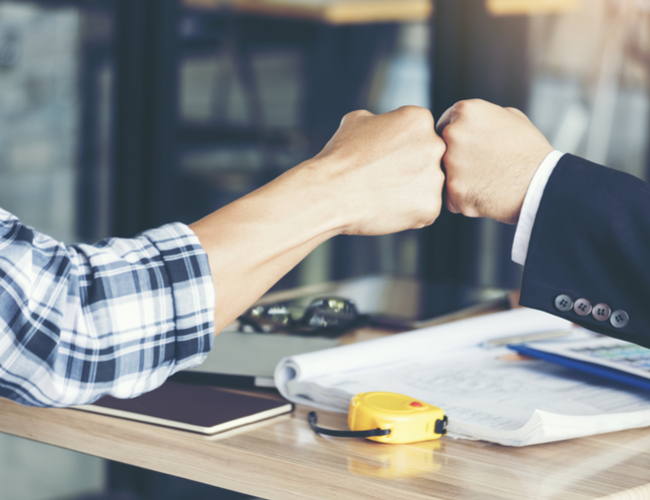 Forming the right partnership is the key to success

CEO Babek Nemati had been burned before by an offshore manufacturer and felt this device was too important to make mistakes with.

‘Prior to Romar we were using an outfit based in China.

We had significant issues and challenges around communication barriers, mutual understanding of requirements, cultural differences, delays in responding to issues raised.

In fact at the end of the story, if you factor in all the drawbacks of having your product manufactured in China, it almost never pays off – the cost savings are always off-set by the issues.’

We suffered through that. It was a different scenario working with Romar. Working with Romar was a pleasant change. They understood what we were talking about – if there was a problem we worked towards a solution.

‘Romar’s sister company Cyrus (micro-moulding specialists) have been incredible. They have gone above and beyond our expectations. Incredibly impressive – everything they’ve been made has been perfect.’

In the manufacture of any medical device, the tooling is the most important aspect, and the Q-Flo is no exception.

Getting the tooling right hasn’t been easy.

Romar invested their own capital to make the right tool, and they are at the final stages of validating that tool now.’ 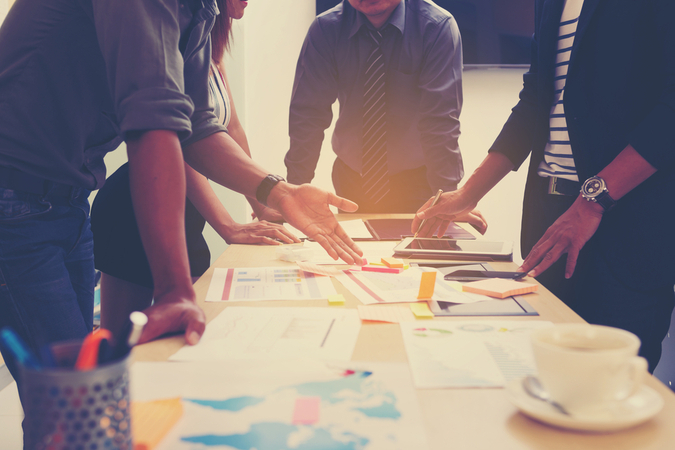 ‘The biggest advantage to working with Romar is that they’re very professional and easy to talk through issues with.

They are incredibly capable. If there are any issues, people talk to each other to understand problems.

I give Romar a lot of credit for taking on this model of manufacture – a risk sharing model. Many contract manufacturers don’t do it that way, but Romar wanted to be part of this whole process. Their innovative, novel, entrepreneurial thinking is great.‘ 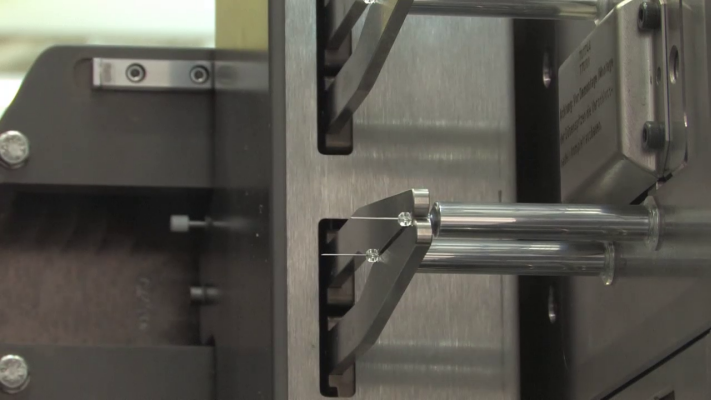 The future holds great things for this innovative partnership.

Many hospitals in mainland Europe have been investigating the device and testing samples before they place orders.

Early indications are that sales should initially be 100,000 units per month and one to two million in the early years of production.

And another company wants to use the same device in animal health, and is requesting units of around 100,000/month. So the future for Q-Flo, a device that will reduce risk and save lives, looks to be solid, as does Infusion Innovation’s strategic partnership with Romar. The partners are all involved in a substantial way, which is just the way CEO Babek Nemeti wants it.

‘If you have skin in the game and a vested interest in its success, then you tend to put in as much effort as needed. Romar are a very strong, very competent capable group we look forward to doing business with them long into the future.’